KARANA AND ITS CHARACTERISTICS

What does these Karana names mean? Are these words of Sanskrit origin? Does they provide some clues regarding the result derivation? What is the meaning of the word Karana?

Philosophical background
This clearly shows that – just like any other limb of time, Karana is also used to evaluate the ‘quality of time to do specific actions’. Note that evaluating the quality of time becomes important only when we accept the predictive astrology. The quality of time at which a work is started or an event took place determines its future; or better as per oriential belief, ‘quality of time’ (Muhurta) is one of the parameters which determines how the future will unfold. Naturally enough other parameters being – environment, own effort and so on. Astrology is not always fatalistic as is thought to be – it leaves plenty scope for environment and effort as well. Fate and Free-will are considered 2 wheels of the same chariot – without one the other is useless. With this basic understanding about the philosophical background of ‘influence of time’ and the ‘use of 5-limbs in selection of time for performing actions’ let us look into the details of Karana division and its use in predictive astrology.

There is a total of 11 Karanas – 7 Chara Karanas and 4 Sthira Karanas.

1.Bava – In south india this is also know as ‘Simha karana’ (Lion). Anyway the word Bava has nothing to do with Lion. This word originated from the Sanskrit word ‘Vapa’, which means testacies, sperm, flush, creativity and so on. So naturally as you could expect this karana is good for all Chara deeds (such as journey, daily duties, business etc) and also for Stira deeds (such as sawing seeds, sexual intercourse, for putting foundation stone, worship, temple creation and so on).  Auspicious, Honourable, Business, Starting Work, Health.

2.Balava – In south india this is also known as ‘Puli karana’ (Leopard). Anyway the word Balava has nothing to do with leopard. This word originated from the Sanskrit word ‘Vadava’, which means brahmin lady, female horse (mare), slave girl, prostitute and so on. The major meaning considered here is ‘Brahmin lady’. That is why this karana is good for Yajna, Homa (fire worship), study of Veda, for reading epic and puranas etc. It is good for all kinds of Shanti karma. Honour, Learning, Respect, Ceremony.

3.Kaulava – In south india this is also known as ‘Panni karana’ (Pig/Swine). Anyway the word Kaulava has nothing to do with Pig. This word originated from the Sanskrit word Kulapa or Kudava. Kudava is a kind of measurement vessel (also known as Nazhi in south india). 1 Kudava = 32 Tola. Kula means traditional family. so the word Kaula can refer to anyone who follows a traditional path, or traditional job. For example Kulala is the one who creates mud vessels, and Kaulalam is mud vessel. Kaulika is weaver and is also another name for people who follow the traditional Siva-Sakta tantric path of worship. Also remember the word Kaul, popular especially among Kashmiri pundits – essentially pointing to Kaulachara (Kaula system of siva-sakti worship). Thus essentially Kaulava karana is related to family, tradition and any thing worldly. Thus naturally it is good for all Sthira karma (such as friendship, compromise, agreement or anything which we want to stay for long).  Social, Spiritual, Relationships, Marriage.

4.Taitila – In south india this is also known as Kazhuta karana (Donkey). Anyway the word Taitila has nothing to do with Donkey. This word originated from the Sanskrit word ‘Titir’, which means getting awards, rewards or respect. Titir is a word with great history. Remember the sage Titir based on whom the ‘Taitireeya banch’ of vedic knowledge got its name. It could be because of the reverence to him that the word ‘Titir’ got the meaning respect or reward. Titiksha means patience. There is one very popular English word which originated from the same root word – i.e. ‘Title’. Apart from the meaning ‘heading’, the word ‘Title’ also means ‘entitling’, giving a special name out of respect as a award, reward. Remember the ‘Sir’ title awarded in medieval periods to many, and also the titles ‘Lord’, ‘Dr’ etc. Thus naturally Taitila karana is good for all activities related to king, authority, ornamentation, ornamenting the idols and revered ones and so on. Of course, to be near the kings or people in power and authority without losing head demands a lot of patience as well. For pledge taking, receiving position, charge taking etc usually Taitila karana is preferred.  Speech, Communication, Promotion, Construction.

5.Garane – In south india this is also known as Gaja karana (Elephant). Anyway the word Taitila has nothing to do with Elephant. Here the root word itself is ‘Gara’ meaning hard, difficult, demanding more effort and so on. Remember the words Garima (proud beauty), Gurutva (essence fullness), Garishta (most dense, most valuable), Gareeyan (most revered, great). Actually this word has a better history. In the ancient past the jobs that are considered difficult are cattle/horse/elephant breading, agriculture and rural business of grains, vehicle related and so on; they demand much effort from the villager. Hriha is a word that points to any type of house. The jobs that comes under the category of difficult jobs and the word ‘gara’ points to is cattle shed, horse shed, elephant shed and so on. For example Aswa-gara (horse shed). The vehicle of ancient period is horse, and the place to land the vehicle is ‘Garage’ as per English language. Note that English is also a language of Indo-European language family. The point to note is that it is just due all this that – Gara karana is very auspicious for any hard and difficult jobs, whether it be related to vehicle, cattle, house, machinery, rural business and so on.  Hardworking, Agriculture, New Undertakings.

6.Vanija – In south india this karana is known as ‘Surabhi karana’ (Cow). Anyway the word Vanija has nothing to do with Cow. This word originated from the Sanskrit word ‘Panija’ or Pani meaning Phoenician, businessman or market. Remember the word Vanijya (business) which too is a related word. The word ‘Pani’ or ‘Pany’ means Phoenician or business (In the vedic past the Phoenicians did business with India). Note the presence of this word in the modern day English word ‘company’ (com-pany) – thus company essentially means ‘group business’. Looking at the history of this word it is clear that ‘Vanija’ or ‘Panija’ is a word essentially related to business. Thus naturally this Karana is good for starting a business, selling plot or building or anything of the like and so on.  Wealth, Clever, Business, Relationships.

7.Bhadre / Vishti – In south india this karana is known with this self same name, and it is assumed that the shape of Vishti is similar to a dog. Anyway the word Vishti has nothing to do with dog. Here the root word itself is ‘Vishti’ meaning effort without benefit, work without payment; in short ‘wastage’ of time, money and energy. Vishiti is Vi-Ishti. Ishti is yaga or work. Vi-Ishti is useless Ishti or useless work; i.e. work that got wasted. In short vishti means ‘waste’ – both words (vishti and waste) originated from the same root. Thus naturally this karana is not good for beneficial or good deeds and also for deeds for which we expect some benefit (even punya) in return. Self-Reliant, Only Auspicious for Harsh Activity, Fighting.

11.Kausthubha (Kimstughna) – Kausthubha means sandel, gem or elephant. Anyway this is a Karana proper for sages and saints; especially those who follow traditional tantric worship. The nature of the native born in this karana would be similar to the same.  Joyful, Marriage, Ceremony, Sacrifice. 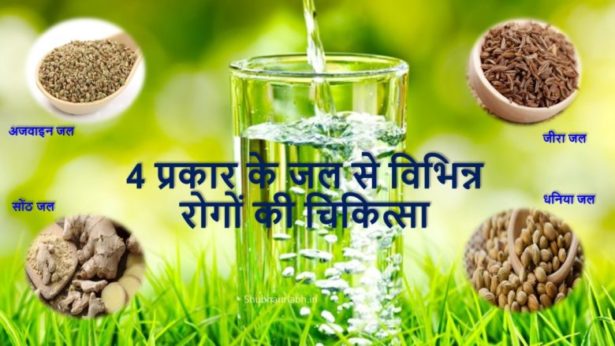 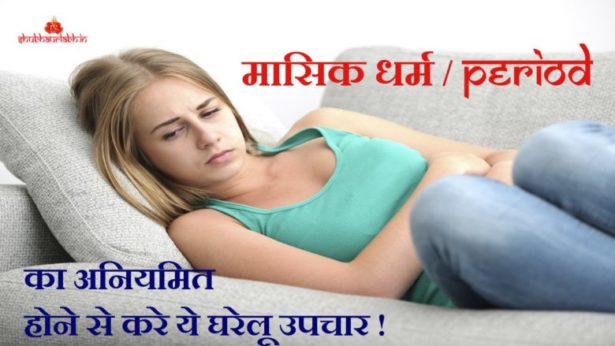 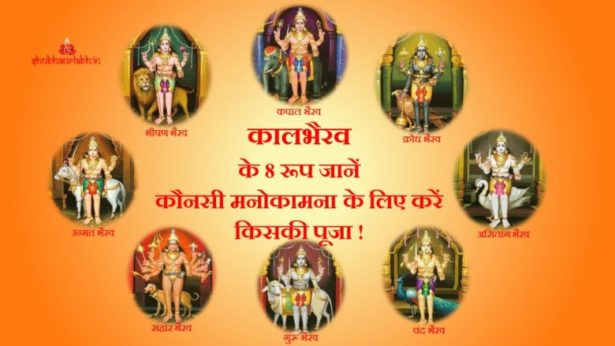 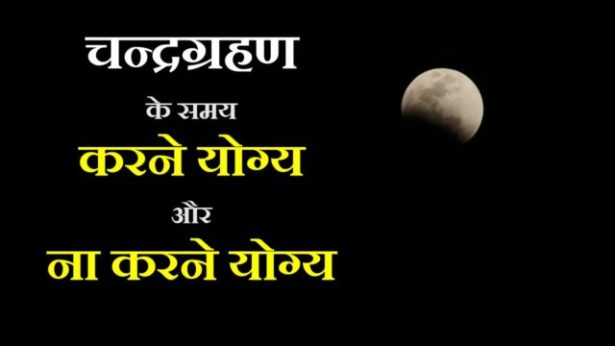 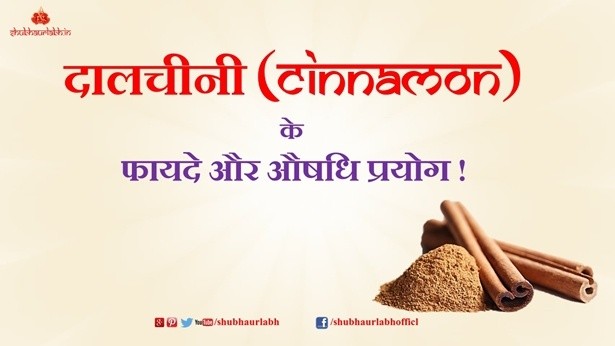 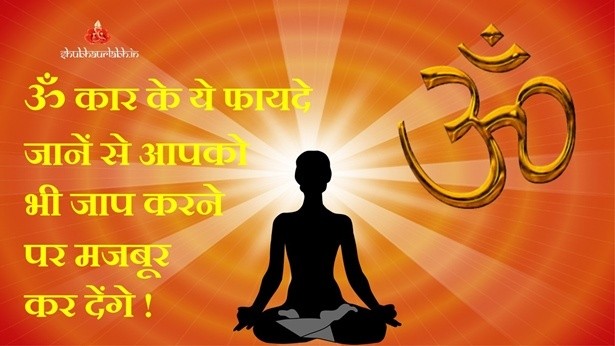