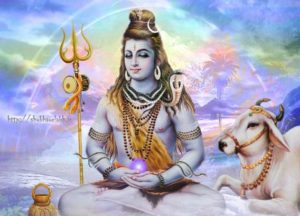 The next one is called as Masa Shivaratri and is observed every month on the Chaturdasi (14th day) of the Krishna Paksha (the waning or diminishing phase of moon). The Maga Shivaratri is then the third one and is observed for a period of thirteen days in the Hindu month of Maga. It starts from the prathama (first) titi and ends on the Chaturdasi (fourteenth) night when Lord Shiva is worshipped for the whole night.

As per the Hindu mythology, the observer of the Shivaratri vrata gets the power to conquer the two natural forces that trouble the human form, namely the ‘tamas’ guna and ‘rajas’ guna. While spending the day meditating about Lord Shiva, the devotees get a better control over the ill emotions like jealousy, covetousness and anger.

For the ardent disciples of Lord Shiva, observing the Shivaratri vrata is more equal or even more auspicious than performing the powerful Ashwamedha Yagna. It is also believed that a person, who observes the Maha Shivaratri vrata with full discipline and sincerity, would be absolved for all their sins. They ultimately get united with the supreme power and live happily in the abode of Lord Shiva. Such a devotee is also set free from the repeated cycle of birth and death.

Rituals of the Shivaratri Vrat

1.On the day of Shivaratri vrata, the observer of this vratham should get up early, before dawn and meditate about the Supreme and infinitely auspicious Lord Shiva. They then take a bath and wear new and clean clothes. Wearing a Rudraksha mala and applying ‘vibuthi’ (sacred ash) is considered to be an important part of the ritual.

2.The observer of the shivaratri vrata should visit a nearly Lord Shiva temple and perform the Shiva Linga ritual bath with water, milk, honey and other auspicious substances. While giving bath to the Lingam, the devotees ask forgiveness for their sins and pray to seek His blessings.

3.After the sacred bath, as a ritual haldi and kumkum is applied on the Shiva Lingam, and a pink and white lotus garland is offered to the Lord. Lighting of incense sticks and ringing the temple bells is also a part of the ceremony.

4.All through the day, bhajans and aartis are sung to invoke His blessings. It should be noted that unlike other vratas wherein a feast is observed after completion of puja, in the shivaratri vrata the devotees must fast all through the day as well as night.

5.The observer of this vrata should also keep vigil all night while enchanting the ‘Om Namah Shivaya’ mantra. During the Shivaratri vrata there is a practice of giving a holy bath to Shiva Linga every three hours.

6.Special prasadam in the form of fruits is offered to the Lord. The devotees spend their time by listening to the stories and legends of Lord Shiva, along with devotional songs and hymns. The Shivaratri fast is broken on the next day by consuming the prasad along with other disciples of Lord Shiva.